When Greg Chalberg of Wheelhaus mentioned the first Australia Handmade Show in Melbourne, we knew we had to go!  We’re generally not big on bike shows but hell, any excuse to get down to Australia.  Australia!  Meat pies, Boag’s beer, AC DC, cricket, strange animals – all the good things in life. 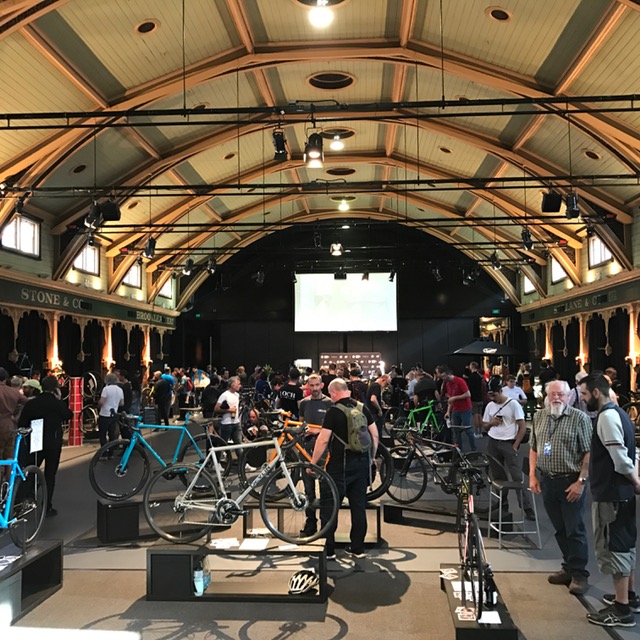 This was the first year of the Handmade Show in Australia. Put on by some really nice guys, it was located in the unofficial bike capital of Australia – Melbourne.  Located in the historic meat market, we had a pretty good venue and a good turn out of builders.  From one-man MTB builder TOR Bikes located near Canberra, to super duper fancy high-tech road bike ballers Bastion.  And a bunch more.  For a list of all the builders check it out here.

We went down with our best foot forward, showing off some recent work including a handful of custom paint frames.  First up: Tim Neal’s Taylör was a semi-custom paint – custom Cinelli laser blue, on our standard frame design, with some skulls thrown on for good measure.  Tim had the idea to have a laughing skull at the top rear of the seat tube, so wheel suckers would get laughed at. Decked out with Record 11 disc, this bikes was HOT.

Another Tim (Tim Weeks) had a vision for a custom Taylör with the paint designed by local Sydney artist Frida Las Vegas.  So we made a powder-blue fade into a really light pink with flamingos and more.  The fine people at Wheelworks let us display this bike in their booth with a set of their hand-crafted hoops on it.

The Peacock frame we had hanging in the booth was for Mathieu in Laos – he had ordered the infamous Heat Map frame from us a few years back, which then got totalled in a head to head mortal kombat with a taxi driver, and this was his replacement.  Todd painted the frame to match another Attaquer kit – the Peacock kit.  The blue-green fade was so deep it seemed to draw people in like the sirens of Odysseus.  Hand-painted feathers on top of that – here’s Greg holding that sexy frame. 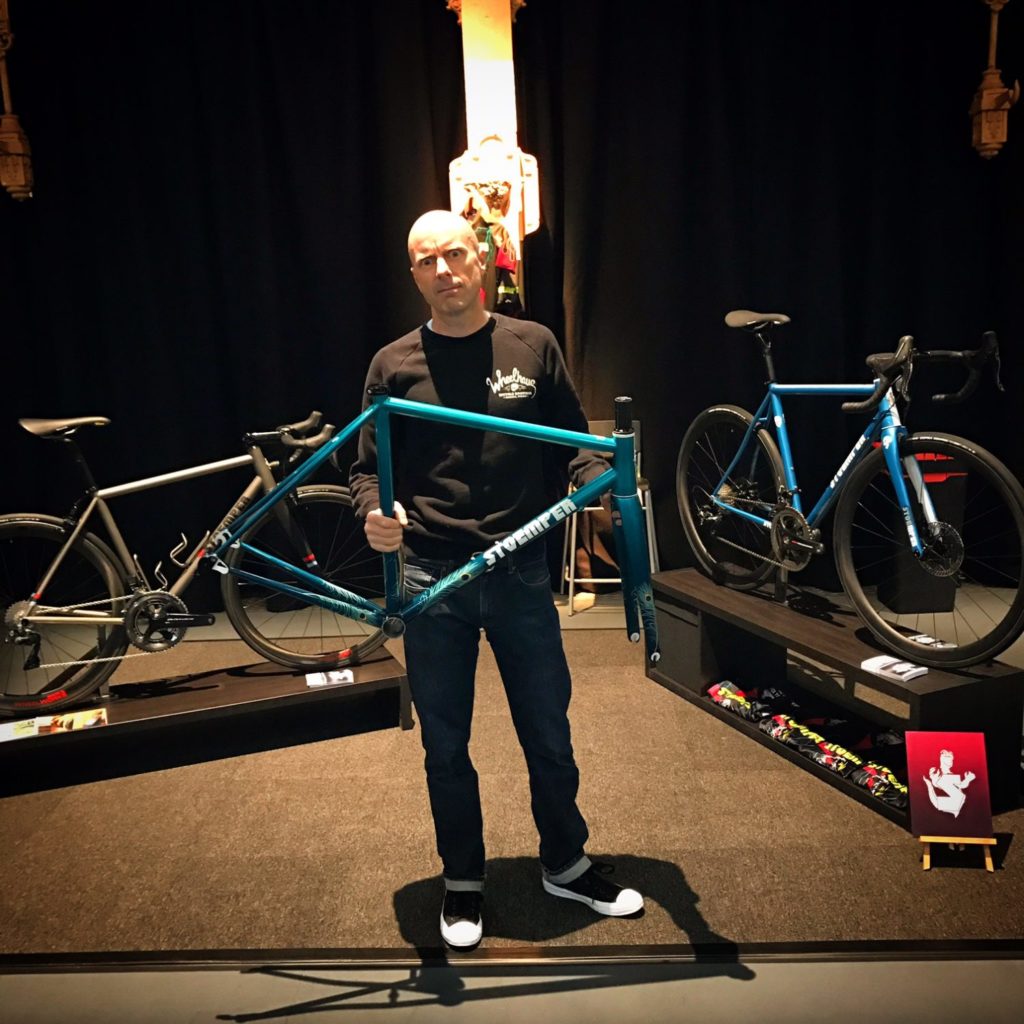 We also showed the original Vincent, with Wheelhaus-edition paint.  Weighing in at just over 1300 grams, it was built up with Dura Ace, rim (cough) brakes, and fancy Wheelworks wheels from New Zealand.  Quite a looker.

We can’t thank Greg Chalberg of Wheelhaus enough for suggesting and then organizing the whole thing.  And on top of that, the very fine people of Wheelworks in New Zealand hooked us up with wheels for all our show bikes and were generally very fine neighbors.